In 2007, inspired by the movie Pirates of the Caribbean , we embarked on a competition to present our own version or interpretation of the character Davy Jones. Our goal was to recreate one the iconic shots when the character first appears. The challenge was to make the tentacles attached to his face move as realistic as possible, making them react accordingly to their key framed animation but maintaining their own simulated secondary animation. In short, merging key framed animation with simulation in one character.

First, we started modeling the base skull. As for the tentacles, we created a couple of generic ones and then made random geometric variations. These were then inserted into Davy Jones’s head model to prepare for initial tests of the rigging.

Once the modeling of the head was finished we added the hat with the details of the snails and mildew. Afterwards we applied a base material; however it looked too red for the tone we wanted. We created a material with several layers of refraction that simultaneously filtered light according to the density of the geometry of the tentacles. 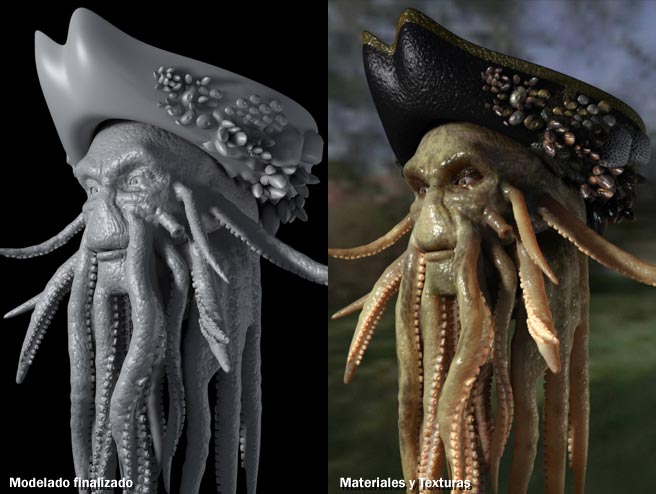 In the image above we can see the finished model of the head with the materials and textures applied. We also added the pipe model and other elements such as fire and smoke.

THE CHALLENGE: TO JOIN ANIMATION & SIMULATION

Usually, animation and simulation don’t get along. This is because animation is the direct result of what the animator wants an object to do in a specific time and space, whereas simulation is the result of millions of mathematical calculations from various variables that as a result determine in what position in space and time should the simulated object be; and since a body cannot simultaneously be in two places, the challenge consisted in making the simulation occur as a result of the animation and allow both to functionally coexist.

We developed a muscle system for the head and a bones system for the tentacles, so the latter would maintain a consistent deformation and uniform visual mass. The model had over 500 pieces in the animation system, organized in layers to differentiate between mechanisms. The formula proved to be successful and gave excellent results, as each tentacle can be animated independently of the movement derived from the head, but also be affected by it, transmitting movement to the tentacles, which all have collision in their contact areas with independent controls that gave all possibilities of action to the animation team. 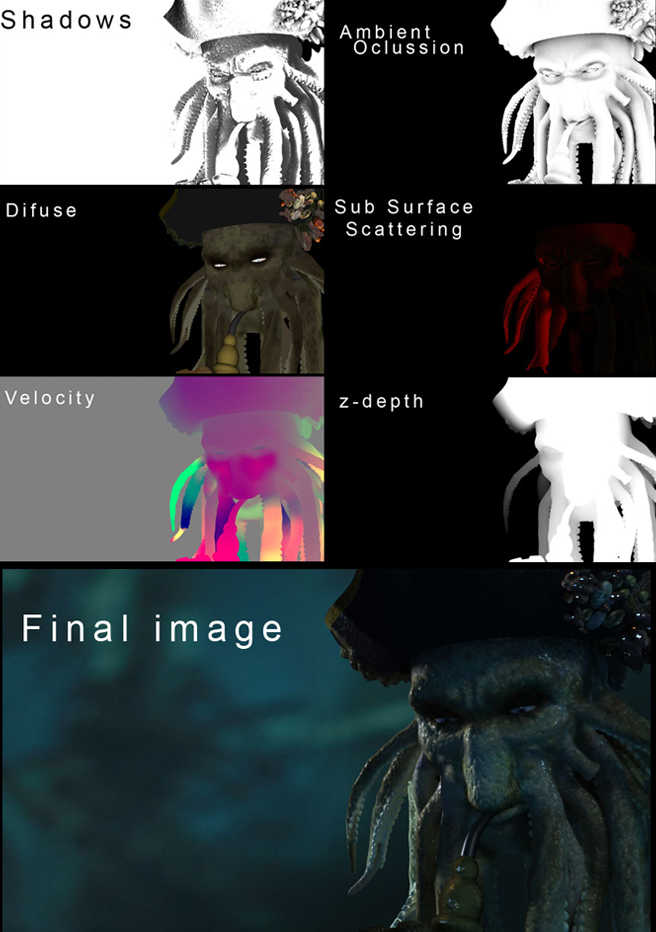 Once the animation and simulation tests were complete, our team made the final animation and rendered the shot in various passes. The end result was quite satisfactory. Please see the clip below:

Response to this project

The sidebar you added has no widgets. Please add some from theWidgets Page